Personal Guarantees (Part 1) – When can they be set aside? 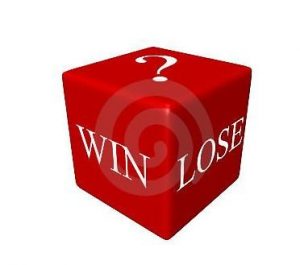 The principle of ‘Emotional Dependence’ was established in the following cases:-

In Amadio  a guarantee for a loan was provided by parents to their son. The son failed to explain to the Amadio’s what the document was in detail. He failed to advise his parents of the risks and obligations associated with being guarantors. The Amadio’s spoke little to no English and were uneducated as to the legality and understanding of the documents. In this situation, the guarantee was set aside.

In the case of Yerkey v Jones[1] the husband asked his wife to sign a guarantee for a home loan. On the facts, although not pleaded, the husband may have been guilty of misrepresentation or undue influence insofar as putting his wife under pressure to sign the documents. It may even be suggested that the husband was simply insensitive to her lack of understanding of the implications of the transaction which she was being asked to execute. On dissolution of the marriage, the wife claimed that the significance of the transaction was not explained to her and she sought to be relieved from the consequences of the transaction. The High Court held that it certainly is possible for a wife to succeed in a case like this however on the facts of this case the court declined to set aside the transaction.

The more recent case of Garcia, built on and expanded the principles in Yerkey v Jones.  Mrs Garcia had been asked to be a guarantor and co-mortgagor with Mr Garcia in respect of loans made to Mr Garcia for use in his business. After separating from her husband and having obtained dissolution of their marriage, Mrs Garcia sought a declaration to have the mortgage and guarantees declared void. The High Court held that the principle articulated by Dixon J in Yerkey v Jones could apply in the context of guarantees given by a party who was emotionally dependent on a spouse, and therefore placed trust and confidence in the spouse. As a result of such trust and confidence, the emotionally dependent party may have entered the guarantee, without having received a full explanation of the nature and consequences of entry into the transaction. If the bank did not take steps to fully explain the terms of the transaction to the emotionally dependent spouse, then the guarantee could be set aside. In order for the guarantee to be set aside, Gaudron, McHugh, Gummow and Hayne JJ (Kirby & Callinan JJ reached the same conclusion but for different reasons) indicated that 4 elements had to be made out (at [31]):

(a) in fact the Guarantor did not understand the purport and effect of the transaction;

(b) the transaction was voluntary (in the sense that the guarantor obtained no gain from the contract the performance of which was guaranteed);

(d) the lender did not itself take steps to explain the transaction to the wife or find out that an independent third party had explained it to her.

If these elements are satisfied, then it will be unconscionable for the bank to enforce the guarantee. Note that the person giving the guarantee must not have obtained any benefit from the transaction.

Since Garcia there have been a number of decisions which have tested the boundaries of the ‘emotional dependence’ test. The following relationships have been found insufficient to attract the special equity:

The special equity has however been extended to marriage like de facto relationships.[5]

For further information, please contact us on 07 5536 9777 or email info@attwoodmarshall.com.au or complete an online enquiry form.