Quad bikes (otherwise known as an all-terrain vehicle or ATV) are a major cause of death and serious injury in rural workplaces across Australia. They are often purchased for use in the agriculture and forestry industries as work vehicles. They are also frequently used in the tourism industry. Attwood Marshall Lawyers Compensation Law Paralegal, Sue Davidson, explains how the new safety measures introduced by the Australian Government intend to help save lives and protect workers.

Since 2011, there have been 128 fatalities due to quad bike accidents, with 16 fatalities so far this year. The number of deaths this year has doubled compared to 2019, with just over half of all quad bike fatalities caused by a ‘rollover’. This is where the quad bike flips or rolls over, usually crushing the rider underneath.

The risk of rollover increases when travelling at high speeds, carrying a load or travelling through unfamiliar and rough terrain. The design limitations of quad bikes mean many people – including the most experienced operators, are getting seriously injured or killed despite operating them in line with the manufacturer’s guidelines.

You only need to take a glance over recent news headlines to see the horrific reports of quad bike accidents and fatalities around Australia:

The new safety standard will ensure quad bikes are fitted with Operator Protection Devices (OPDs). The standard does not apply to second-hand quad bikes other than those imported into Australia. An OPD (also referred to as a crush protection device (CPD)) is an engineered attachment that is fitted to a quad bike and designed to help protect riders from crush related injuries in the event of a rollover. The issue has caught the attention of the peak consumer protection body, the Australian Competition & Consumer Commission.

“Quad bikes are an important part of rural life, but the ongoing fatalities and serious injuries are incredibly concerning. They highlight the importance of this new safety standard,” ACCC Deputy Chair Mick Keogh said.

“For many years, manufacturers have been claiming rider behaviour is the major reason for the number of deaths and injuries. Their aim has been to shift the focus away from the unsafe design of quad bikes.”

“The truth of the matter is the inherent instability of quad bikes causes them to frequently roll over. It has been reported that at least eight of the fatalities so far this year involved rollovers, with four of them resulting in crush injuries,” Mr Keogh said.

The key requirements for quad bikes from October 2020 will include:

From 11 October 2020, if a quad bike supplier does not comply with the above safety standards, the supplier may be in breach of the Australian Consumer Law, which can result in fines and penalties.

The National Farmers’ Federation, rural doctors, surgeons and union groups have all been lobbying for several years to try to get mandatory rollover protection, and as of this month, the new safety standard will be implemented.

In 2015, after an inquest into quad bike related deaths in Queensland was held by the Deputy State Coroner, John Lock, the Coroner stated ‘the evidence gathered during this multiple inquests raises many issues about the safety of quad bikes, including the importance of active riding; good mechanical maintenance; use of correct tyre pressure; use of helmets; disallowing children to ride adult sized quad bikes; understanding the limitations of the vehicle; and that tragic incidents can occur in quite benign conditions’.

That same year, an inquest into nine quad bike related deaths in NSW was held by the Deputy State Coroner, Sharon Freund with the State Coroner’s Court of NSW releasing the findings of the inquest and making recommendations in the areas of a quad bike safety rating system, Australian Standards for quad bikes, training and licensing, helmet use and standards, crush protection devices, seatbelts use for side-by side vehicles, personal locator beacons, children and quad bikes, advertising and educational campaigns and police investigations.

In 2019, the Australian Competition and Consumer Commission (ACCC) provided a report with recommendations of a mandatory safety standard for all new quad bikes sold in Australia.

For years manufacturers have been claiming rider behaviour is the main reason for death and injury on a quad bike.

The facts are that quad bikes are unstable and frequently rollover.

Following the announcement of the new safety standards to be introduced, manufacturers Polaris, Yamaha and Honda have pulled out of the quad bike Australian market, with an official announcement anticipated from Suzuki.

While many manufacturers are pulling out of the quad bike market in response to new rollover safety rules, new Australian manufacturers have released models complying with the all new safety standards.

Common causes for injuries and deaths from quad bikes

The most common causes for injuries from quad bikes include:

There are steps you can take to prevent quad bike injuries which can include making sure a quad bike is the right vehicle for the job, ensuring the rider is physically capable of operating the vehicle, and reviewing the terrain to ensure it is not rocky, steep, uneven or sandy which would otherwise present a risky environment to operate a quad bike.

More information, including tips and links to guides on quad bike safety is available on the Safe Work Australia website .

Quad bike riders who are injured at work in the course of their duties may be entitled to compensation, depending on the cause of the accident and who was at fault. If you are injured while in the course of your usual work duties or travelling to or from work, you will normally be covered for your wages and medical expenses by WorkCover, regardless of who is at fault. In cases involving the death of a spouse or parent, the surviving dependants usually have a lump sum compensation payment available to them for the loss of financial support.

Most quad bike riders would be owed a very high duty of care by their employers and they will have a common law claim for damages in many cases. This may also apply to visitors to the property who may be injured while riding a quad bike without proper training or supervision.

It is imperative to understand that time limits do apply for making a compensation claim.

There are earlier procedural time limits to comply with depending on the type of claim.

If you have been injured in a quad bike accident, we strongly recommend that you obtain legal advice as soon as possible so as to comply with strict time limits.

It is our renowned intent to help people through rough times. If you have been injured, you may be able to claim for compensation. Attwood Marshall Lawyers can help you every step of the way. Contact Compensation Law Department Manager, Kelli Costin, on 07 5506 8220 or email kcostin@attwoodmarshall.com.au for your free, no-obligation initial appointment and to find out about our ‘No Win, No Fee‘ service. 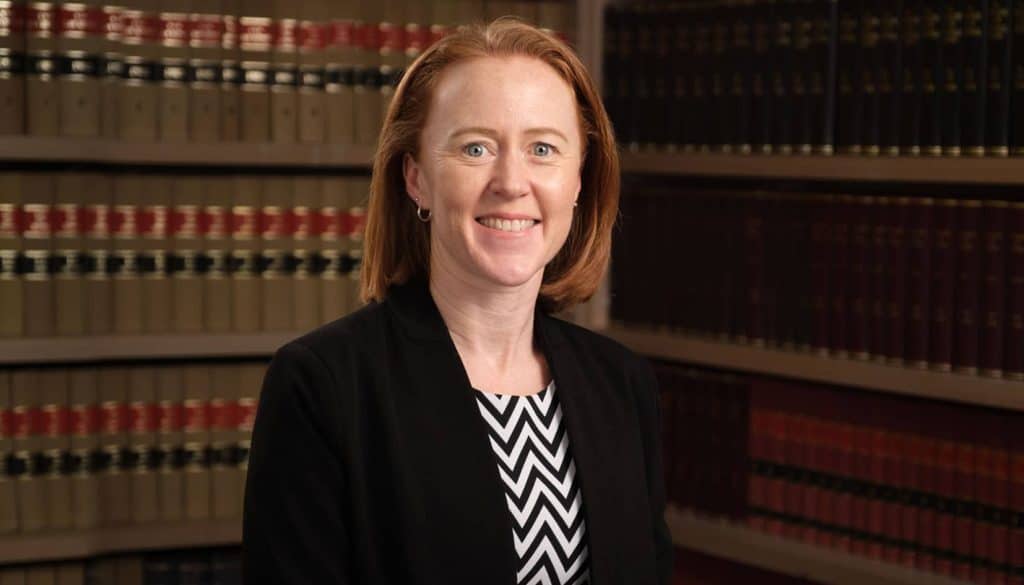