Buying a franchise is a big decision! We want to help you make a sound investment that reflects your best interests

If you are considering buying a franchise, it is important to get appropriate legal and financial advice before you enter into a new business venture. By getting trusted legal advice, you can ensure that you understand the code of conduct you will be adhering to, as well as the rules set out by the franchisor.

The process of buying a franchise may seem overwhelming, however, if you seek advice from an experienced franchise lawyer you will be guided through the business buying process and ensure you have a comprehensive understanding of the agreements you are entering into.

Our experienced franchise lawyers can help you with:

Attwood Marshall Lawyers offers a wealth of experience in commercial sales and purchases across Queensland and New South Wales and will handle your matter efficiently, with a great attention to detail. Contact our team any time on 1800 621 071 or book an appointment online today.

Book an appointment with our team instantly - it's quick and easy!
Book Now 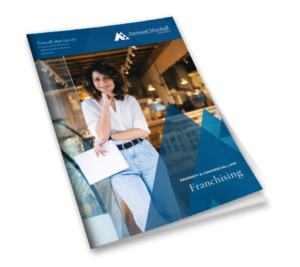 To find out more about purchasing a franchise, provide your details below and our Information Pack will be sent to your inbox.

What is a Franchise Agreement?

A franchisee has a minimum of fourteen (14) days to review the franchise agreement but may take longer. It is strongly recommended a franchisee should use this time to get competent legal, accounting and business advice before signing the agreement.

What is the Franchising Code of Conduct?

All parties in a franchise who enter into a franchise agreement must comply with the franchising code of conduct. The code makes provisions for the following:

What documents should a potential franchisee receive?

There is an obligation on the franchisor to provide certain documents to a potential franchisee before a franchise agreement is entered into.

Licence vs Franchise – What's the difference?

There are parties who wish to avoid the effect of the franchising code and therefore enter into a licence agreement allowing the licensee to conduct the business. This is very similar to a franchise agreement and was the subject of numerous disputes in the past.

In a 2004 case between the ACCC and EWING, the court was satisfied that 31 licence agreements entered into by EWING were franchising agreements within the definition in the code. The Court held on the facts before it that EWING had breached the code and the directors of the company were held liable under the Trade Practises Act for being knowingly involved in that contravention.

This decision was despite a term in the licence agreement that required the licensee to have knowledge that it was not entering into a franchise relationship and to provide a general release of liability to EWING.

These cases serve as a stark reminder of why it is vital to obtain competent advice before entering into a franchise agreement or licence agreement.