Attwood Marshall Lawyers have warned the Compulsory Third Party (CTP) insurance scheme for injured motorists is under threat and call upon Queensland political parties to pledge that they will protect the current compensation system should they come into power at the October State Elections.

Suncorp and RACQ seek to convince the QLD Government to change the CTP compensation system for persons injured in a motor vehicle accident to NSW’s ‘no-fault system’, where the insurers will achieve incredible profits to the stark detriment of injured claimants and their families.

It is highly concerning that Suncorp and RACQ are rallying to change Queensland’s CTP insurance scheme to one that would further increase insurer profits whilst ripping the guts out of compensation to injured Queenslanders and their families.

Attwood Marshall Lawyers act for those injured in motor accidents in both Queensland and New South Wales and we know first-hand how stingy the NSW scheme is compared to the fair and well-run QLD scheme.

Other CTP insurers in Queensland recognise that there is no benefit to changing the QLD scheme and refuse to support RACQ and Suncorp’s proposal that will unnecessarily damage QLD’s fair and efficient CTP scheme.

Insurers in Queensland already make super profits each year under the QLD CTP compensation scheme. Profit-driven calls by RACQ and Suncorp for the QLD government to change the CTP scheme must be called out for what they really are – appalling, self-serving, and stonyhearted attempts to ensure that insurers become even more profitable off the backs of the many injured Queenslanders who will be denied fair compensation and benefits.

Attwood Marshall Lawyers’ Coolangatta head office straddles the northern side of the QLD-NSW state border and we act for injured claimants in QLD and NSW alike.

We sometimes find ourselves out on the road with a measuring tape hoping that a motor accident occurred on the QLD side of the border so that QLD’s CTP compensation scheme applies, rather than the dreaded NSW scheme.

As experts in the disparities between the QLD and NSW CTP compensation systems, we have gleaned the following insights from our years of experience:

b. Insurers under the QLD scheme already make money hand over fist – it is highly profitable for insurers.

c. Despite what some insurers allege, the QLD CTP scheme is the second cheapest scheme in the country. CTP premiums are cheaper in QLD than NSW and the QLD scheme is usually much more beneficial to injured claimants.

d. The current QLD CTP scheme should be revered for what it is: the fairest, most successful motor vehicle compensation scheme – and not one to be abused or tinkered with at the behest of CTP insurers for the purpose of increasing insurer profits.

a. In NSW, injured claimants have poorer access to benefits and compensation compared to their QLD counterparts. The so-called ‘no-fault’ CTP scheme in NSW provides miserly benefits to injured claimants who face difficult thresholds, restrictions and preclusions throughout their claims.

c. Injured claimants in NSW are forced to continually jump over unreasonable thresholds and hurdles to claim compensation. Their access to compensation is severely restricted.

The current CTP system in NSW is largely about trying to wring out whatever an injured person can from a system where the scales of justice seem to be balanced against the injured person from the start. 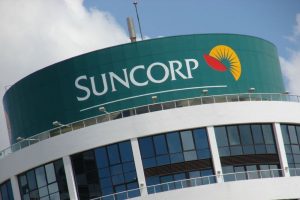 For example, if a NSW insurer unfairly denies an injured claimant from access to compensation (which happens frequently), the injured person must appeal the decision to the very insurer who denied it in the first place.

NSW insurers (rather than independent arbiters) are adjudicating their own unfair decisions – and, unsurprisingly, tend to agree with their initial unfair decisions. Claimants often take those insurer decisions at face value rather than proceeding any further with attempts to appeal – thereby losing their entitlements entirely.

The ‘no-fault system’ in NSW has proven disastrous in NSW. Injured claimants in NSW often bemoan the lack of fair compensation for their losses under the NSW scheme despite those losses being entirely caused by the negligence of another (insured) driver.

Claimants are left to lament their losses and instead appeal to the NSW government for meaningful change to the CTP compensation system to provide greater fairness to injured claimants – however, government changes in NSW have historically provided greater benefit to the insurers.

It is abundantly clear that NSW should be changing their CTP system to the QLD system and not vice versa.

How did the NSW CTP system come about?

Insurers often use scaremongering tactics (eg blaming the lawyers of injured claimants or the claimants themselves) to sway the government and/or general public to make unnecessary changes in favour of insurers.

Insurers frequently allege that lawyers charge claimants too much, or that there are too many fraudulent claims, to convince the government and/or the public that an insurance scheme should be changed to the detriment of the injured person. Such allegations are not supportable.

Working with the Australian Lawyers Alliance (ALA) our firm strongly oppose any proposed departure from the current system, so that we can protect anyone injured on our roads.

Members of the ALA regularly represent those who have suffered injury on the roads, with the ALA a frequent contributor to parliamentary inquiries and compulsory third party (CTP) schemes nationally. View all ALA CTP-related submissions here.

On February 27, 2020, the ALA issued a statement which confirmed the Queensland’s CTP scheme was confirmed as the most affordable scheme in the country, following the release of the 2019 CTP Scheme Insights Report from the independent regulator the Motor Accident Insurance Commission (MAIC).

The MAIC 2019 Scheme Insights Report shows that the scheme is efficient with 61 per cent of premiums being spent on claimant benefits and 39 per cent spent on delivering the scheme last year.

In a statement, Greg Spinda, Queensland State President ALA, said the report “once again shows that Queensland has the most affordable CTP premiums in Australia, with the scheme renowned for being fair to injured motorists.”

“As this report shows, the Queensland CTP scheme is regularly reviewed and evaluated independently as it should be, with many groups – including those within the legal profession – continuing to participate and engage in these reviews to ensure that we have a fair and affordable scheme in Queensland,” he said.

Obviously, it would benefit insurers like RACQ and Suncorp to change the QLD CTP system to NSW’s system. In NSW, the injured person receives less compensation, road users pay more for their CTP premiums, and insurers make astonishing profits regardless.

The reality of the matter is simple – QLD already has the best CTP scheme in Australia for all industry participants and the scheme should be left alone.