Secret Recordings – can recordings be used in your Family Law matter?

Illegally recording your partner may come back to bite you if you attempt to use recordings as evidence to support your case in court, explains Attwood Marshall Lawyers Family Lawyer Sarah Caruso.

With the prevalence of surveillance technologies and smart phones, it has become easier for one person to record another without them knowing.

According to Australian Bureau of Statistics, 91% of Australian households use electronic devices which are capable of recording, including desktop computers, laptops, tablet devices, mobile phones, and video cameras.

Those taking part in a Family Court matter need to consider carefully whether to record someone else, or, whether they may be recorded themselves!

When considering recording someone you must contemplate whether this is something you want your lawyer (and potentially the Court) to listen to.

Covert recordings without legitimate purpose could come back to bite you. They can be an indication to the Court that you have poor judgement and a lack of insight. When considering whether to record another person without their knowledge (or consent) you must weigh up the probative value a recording could provide to the Court as evidence, with the legality and/or manner in which it was obtained. This is particularly the case where many private recordings could be illegal in the state where it was recorded.

The issue of the “probative value’’ of evidence is an age-old legal concept and can be a complex issue in the eyes of the law. Just because a recording might be a true snapshot of what was said or done, as with any evidence, it can depend on the context of the conduct and, whether in itself, the recording is going to assist the Court in its determination of the matter.

There are different state laws on privacy and communication. In Queensland, the relevant legislation to consider is the Invasion of Privacy Act 1971 (“IPA”).

The IPA makes it an offence to record a private conversation using a listening device unless you are a party to the conversation, and it is also an offence to publish the recording. An offence against the Act, may result in you being charged and the penalty could be a fine and/or imprisonment.

Section 45 of the IPA states that:

“A person who, having been a party to a private conversation and having used a listening device to overhear, record, monitor or listen to that conversation, subsequently communicates or publishes to any other person any record of the conversation made, directly or indirectly, by the use of the listening device or any statement prepared from such a record is guilty of an offence against this Act and is liable on conviction on indictment to a maximum penalty of 40 penalty units or imprisonment for 2 years.”

The IPA, like most State legislation, makes it illegal to record private conversations, unless one of the exceptions apply.

Considerations on the value of the recording

The Family Court has a general discretion to refuse to admit evidence. The Court may refuse where the evidence might:

(a) be unfairly prejudicial to a party, or
(b) be misleading or confusing, or
(c) cause or result in undue waste of time.

Prima facie a Court should not admit evidence which is illegally obtained, however there are exceptions particularly with domestic violence matters where it is often difficult to obtain evidence and so an illegal recording may be admissible (such as in the case of Huffman v Forman No2 [2014] FamCA 1077).

Under the Act, illegally obtained evidence may be admitted where the desirability of admitting the evidence outweighs the undesirability.

In Shelbourne v Shelbourne [2017] FamCA761 the court found that the recordings made by the father of the mother’s behaviour, which showed her being physically aggressive and unable to regulate her behaviour towards the father in the presence of the children, were for the protection of his lawful interests where the mother had alleged the father committed acts of domestic violence and the father recorded the mother to disprove those allegations. The father was restrained from showing the video recordings to any person other than his legal representatives and the Single Expert appointed in the legal proceedings.

In the case of Rathswohl v Court [2020] NSWSC 1490, the Court provided a list of considerations on whether a recording without consent may be reasonably necessary to protect one’s lawful interests.

Recordings of conversations ‘just in case’ there is a dispute, or for the sake of making an accurate record of what was said, is not enough.

In Coulter & Coulter (No.2) [2019] FCCA 129, the father made an application to seek the exclusion of video and audio recordings from evidence in the trial. The video and audio recordings had been made by the mother without the knowledge of the father and included conversations had by both parties during handover of their children, as well as recorded conversations between the father and the children. The Court found that the recordings made by the mother resulted in a significant breach of trust with respect to the children, who were entitled to privacy in their conversations with their father. The Court recognised that state law makes it prima facie illegal to record a private conversation that you are not a party. As a result, the audio evidence was excluded.

You should be aware that there are significant penalties against persons who illegally record and publish private conversations (without consent).

There are limited exceptions where the Court may admit into evidence recordings which are illegally obtained.

You must consider carefully whether the risk of taking an illegal recording outweighs the penalty of making a covert recording. Possible findings may be made against you by the Court including having a lack of insight, abuse of trust, breach of privacy and propensity to disregard the Law if you do try to use recordings you have made to support your case.

When considering whether to publish covert recordings (which may be illegal), you should also consider obtaining further advice about protections against being charged with an offence such as seeking a certificate against self-incrimination under s128 of the Evidence Act.

We understand the sensitive nature of family law matters and how important it is to have a trusted and experienced family lawyer support you through what can be some of life’s toughest fights.

It is our goal to provide you with clear and practical advice that will give you confidence and minimize your stress. We will work with you on your case so that you are in the best position to achieve the most favourable outcome.

Our family lawyers are available at any of our conveniently located offices at Kingscliff, Coolangatta, Robina Town Centre, Brisbane, Sydney and Melbourne. To make an appointment, you can book online now, or alternatively please contact Family Law Department Manager, Donna Tolley, on direct line 07 5506 8241, email dtolley@attwoodmarshall.com.au or call our 24/7 phone line on 1800 621 071.

Recently Separated? What you need to consider next 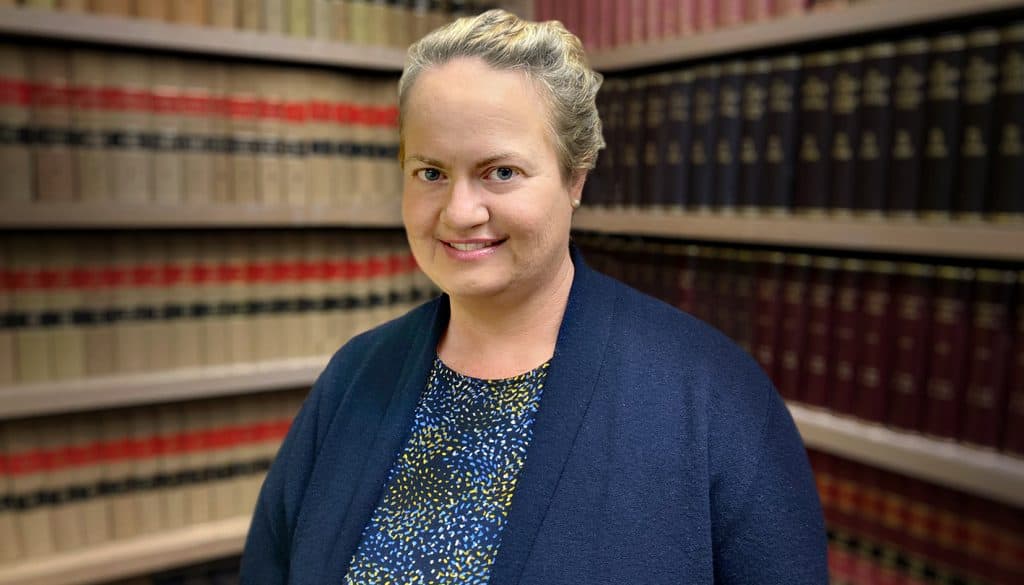