On 9 February 2022, the High Court handed down two separate and unanimous decisions that have fanned the flames of the age-old chestnut of whether a worker is a contractor or an employee.  Attwood Marshall Lawyers Compensation Law Associate Henry Garrett discusses the rulings and how this affects the employer’s liability for compensation claims by injured workers in the workplace.

On 9 February 2022, two critical decisions were handed down in the High Court of Australia regarding the distinction between employees and independent contractors.

Differentiating between an employee and contractor is a recurring issue in workplace law which has recently been given a shake-up amidst evolving workplace practices and environments – not to mention, a global pandemic.

The High Court has illustrated a shift towards an emphasis on the terms of a written agreement to establish whether someone is treated as an ‘employee’ or an ‘independent contractor’.  This decision questions the validity of the existing ‘multi-factorial test’ that has been used to determine this issue.

This decision could not have come at a more controversial time when the gig economy is in crucial need of reform.  This ruling will undoubtedly impact many companies, including Uber and Deliveroo, who grapple with the employee vs independent contractor title to avoid the usual responsibilities of an employer (such as insurance, leave entitlements, superannuation etc).

Mischaracterising an employee as an independent contractor can have consequences that impact the workers’ entitlements and rights.  It is especially problematic when the worker suffers an injury or illness serious enough to warrant a claim for compensation. The question arises as to whether they are entitled to make a claim.

Employers are required to cover all employees for worker’s compensation, however, people who are self-employed or engaged as a contractor are generally expected to take out their own insurance policy in the event they suffer a workplace injury.

Unfortunately, there are a significant number of self-employed contractors who either do not hold the appropriate insurance to cover themselves or assume they are covered by their current employer or principal contractor – this is an industry-wide misconception.

To assist, here are the five factors that are taken into consideration to determine whether a worker is an employee or contractor for tax and superannuation purposes:

The case of ZG Operations Australia Pty Ltd v Jamsek concerned two truck drivers that worked at the same company between 1977 and 2017.  Over the course of 40 years, the company experienced various restructures and changes of ownership, with its final name being changed to ZG Lighting.  Both men began working for the company as employees in 1977 and transitioned to delivery drivers in 1980.

Around 1985 or 1986, the company advised that it would no longer employ the workers as delivery drivers and would instead continue to use their services strictly on the basis that they would purchase the trucks and become independent contractors.

For approximately 32 years, both men made deliveries pursuant to their new contracts, which were updated occasionally to account for increases in business expenses, but fundamentally remained the same.

In 2017, the parties terminated their agreements and commenced proceedings in the Federal Court to recover outstanding leave and superannuation entitlements from ZG Lighting.

When determining the relationship between the parties, the court considered the following:

Despite the above, the High Court ruled the pair were not considered employees and were deemed independent from ZG Lighting. The Court held that their contracts were a preferred indication of their relationship with the company, as opposed to their work duties.

It became apparent throughout proceedings that the drivers had the freedom to contract with other businesses outside their agreement with ZG Lighting but chose not to.

Construction, Forestry, Maritime, Mining and Energy Union v Personnel Contracting Pty Ltd, was a case that involved a 22-year-old British backpacker that travelled to Australia on a working holiday visa.

In 2016, the backpacker acquired a white card and approached a labour-hire company in Perth, trading as Construct.

He was eventually offered a role within the business as a construction assistant/labourer. He was provided with initial paperwork to sign labelled “Administrative Services Agreement”. Little did he know, this paperwork delineated him as a self-employed contractor, not an employee.

The following day, Construct contacted him, and he commenced work at a project of an important client, Hanssen, a company that builds high rise residential apartments. He continued working on this site for three to four months.

His work duties included emptying bins, cleaning workspaces and moving material.   He was paid by the hour and under the instruction and supervision of a senior member of the company.

In November 2016, he completed work on the Hanssen Site and left Perth, only to return a few months later and recommence work on the same project.

In June 2017, he began work on a different Hanssen project, performing identical work.  However, four days later, the company told him he had been let go and there was no longer any work available.

Their claims were on the basis that Construct had not paid the backpacker his entitlements, as an employee of Construct, per the Building and Construction General On-site Award 2010.

Pursuant to their agreement, Construct was to control whom the man worked for and once assigned to a client (in this case Hanssen), he was required to complete the tasks assigned to him under strict supervision.

The Backpacker was deemed an employee and reimbursed his unpaid benefits.

What is the impact of the judgments?

The two High Court rulings are significant because they emphasise the importance of written contracts.

Employers need to make sure that written independent contractor agreements are drafted to accurately reflect the rights and obligations of the parties. Simply describing a worker as a “contractor” will not be sufficient to substantiate an independent contractor relationship.  The whole terms of the contract will need to be considered to determine whether it creates an employment relationship or a contract for services.

Employees are entitled to superannuation contributions, workers’ compensation, sick leave or annual leave and payment of tax. Contractors must be aware that they are not covered in the same way. Typically, a contractor would be expected to cover their own superannuation contributions, workers’ compensation insurance and manage their own tax with the Australian Tax Office.

It is important for workers to ensure their contracts outline any additional insurance obligations on either the client or contractor when entering an agreement. If a business requires its contractors to be covered by certain insurance, this needs to be clearly stipulated in their agreement.

Failure to follow these clauses in any agreement will become problematic if the worker wishes to terminate the contract or they are injured in a workplace accident. It is going to be difficult for many workers to get advice in relation to their agreements. Many ‘employers’ tell them they either sign the agreement or they don’t get the work.

If you are unsure of your entitlements to compensation or benefits, please contact our office immediately. Seeking legal advice will ensure your rights are protected in the event of a workplace injury or if your contract is unexpectedly terminated.

As the bare minimum, if you are an independent contractor, we recommend you sign up and make regular contributions to a superannuation fund. This policy will often include income protection and total and permanent disability insurance.

In addition, we recommend you take out a policy with WorkCover Queensland to ensure you are still covered in the event of an incident.

Attwood Marshall Lawyers has stood the test of time as an industry-leading compensation law firm, having served the community for over 75 years.

Contact our team to discuss your matter. We offer a free initial no-obligation consultation so that you can confidentially find out where you stand and get your claim underway.  Contact Compensation Law Department Manager, Kelli Costin, on 5506 8220, mobile 0432 497 383 or email kcostin@attwoodmarshall.com.au

You can visit our experienced team at our conveniently located offices at Robina Town Centre, Coolangatta, Kingscliff, Brisbane, Sydney or Melbourne.

Contributory Negligence: What if my Employer or WorkCover blames me if I’m injured at work? 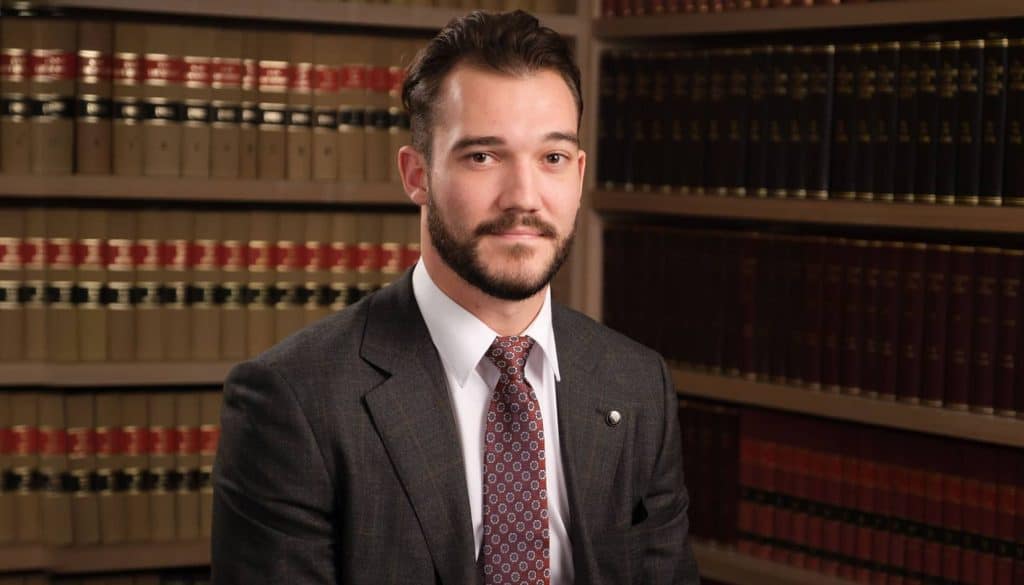